Hemingway Point CDD > Board of Supervisors

A CDD is governed by its Board of Supervisors consisting of five members. Initially, Board Members are elected by property owners and usually composed of representatives of the developer. Thereafter, the Board of Supervisors is elected by the majority vote of the electors within the District. Like all municipal, county, state, and national elections, the Office of the Supervisor of Elections oversees the vote, and CDD Supervisors are subject to state ethics and financial disclosure laws.

With certain exemptions specified by law, the CDD’s business is conducted in the “Sunshine,” which means all meetings and records are open to the public. Public hearings are held on CDD assessments and the CDD’s budget and financial records are subject to annual independent audit. 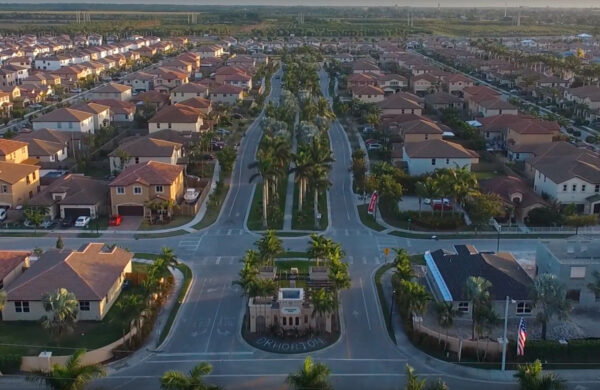 Board of Supervisors operate under Florida Statutes

Each Board member holds office for a term of 4 years and must be residents of the state and citizens of the United States. Seats require District residency following transition from landowner elections to general elections.

Supervisors are the district's legislative body

Supervisors are the legislative body of the District, setting the assessment level and adopting the annual budget and set forth public policies implemented by staff.

Tony is a resident of Hemingway Point and a U.S. Army Veteran currently serving as a Federal Officer.  He looks forward to continuing to serve on the CDD Board of Supervisors.

Ozzie was born in Camagüey Cuba but was raised in Queens NY.  Ozzie was elected as Committeeman for the Miami-Dade Republican Executive Committee for District 36 in 2016 and his term expires in 2020.  He currently leads the Business Optimization & Transformation of a Global “Tech Unicorn” company based in South Florida.  When he’s not involved in politics or solving problems, Ozzie likes to dabble in carpentry, plays guitar, and enjoys audio books and a fine cigar.

A former Naval Officer and graduate of Officer Candidate School in Pensacola Florida, Ozzie served nine years on active duty from 1999-2008 and Deployed Onboard two aircraft carriers, the USS George Washington in support of Operation Enduring Freedom (OEF) and the USS Harry S. Truman (CVN-75) in support of Operation Iraqi Freedom and was Honorably Discharged as a Lieutenant Commander.

Ozzie holds a B.S. in Business Administration from Embry-Riddle Aeronautical University, an MBA from Florida State University (Go Noles!), and an M.A. in American Government as well as a Graduate Certificate in Political Management  from Regent University in Virginia Beach, VA.  A Rated FAA Pilot with Instrument Rating as well as an FAA Certified Airframe & Powerplant Mechanic, Ozzie is a self-professed “political junky” who considers himself a life-long learner.  His wife Yelene is the current Vice President of the Hemingway Point HOA.

Cheryll is a retired Registered Nurse and worked in a Post Anesthesia Care Unit for 45 years.  She has been a resident of the Hemingway Point Community for two years.  She also volunteered for the school district and numerous town government committees in her former hometown.